Under U.S. law, local, state, and federal governments have the power to take private property for public use. This power is known as eminent domain, and the process that is used to take private land is called condemnation. As a property owner in Alabama, it’s important that you understand your rights during the condemnation process, as many people do not realize what they are entitled to receive as just compensation for the taking of their property. The legal process begins when you receive a condemnation letter informing you that your land will be taken and an offer to pay you a sum of money. However, these letters usually contain a lowball offer based on a flawed appraisal.

#1: A Fair Offer of Just Compensation

The language used in the letter is usually vague, stating that “an appraisal” has indicated that your property is worth a certain amount. However, the letter usually fails to explain how that amount was calculated and fails to include a copy of the government’s appraisal report. You should always request a copy of that report. If they will not share that report with you, then there is likely something being hidden from you. Often, what is being hidden is the methodology of the appraisal.  Condemnation law in Alabama requires that your property be appraised at its highest and best use. Governments frequently ignore that requirement and instead obtain appraisals based upon the current use of your property in an effort to minimize their proposed purchase price of your land – resulting in the lowball offer.

#2: An Acknowledgement of Devaluation of the Remainder

Just compensation includes not only the highest and best price for what land is taken, it also includes payment for the devaluation of the remainder of your property that is not taken.  When part of your property is taken for public use, there will usually be some resulting devaluation of the remainder of your property not taken. For example, property taken to construct a large highway tends to devalue the adjacent property because of noise, drainage, and changes created in the level of traffic as a result of the condemnation. It is not unusual for letters of offer to leave out this sizeable element of just compensation.

#3: An Attempt to Redress Uneconomic Remnants

Sometimes a remainder is so devalued that it becomes an uneconomic remnant. Condemnation law requires that the government pay you the full value of such a remnant even if it is not being taken. Governments will often try to circumvent this obligation.

The takeaway is that property owners who try to represent themselves in a condemnation proceeding leave a lot of money on the table. By the time they realize they’ve been had, it’s too late. At Sewell Sewell Beard LLC, we’re committed to helping Alabama property owners understand their rights. If you’ve recently received a condemnation letter, or you believe that one may be on its way, call (205) 544-2350 to get started with an experienced eminent domain and condemnation law attorney.

Recent Posts
Serving all of Alabama 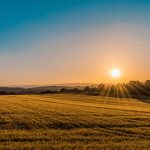